Opinion Piece: An Economic Outlook for 2023

Piece has been authored by Edward Downpatrick, Head of Strategy, Fintuity – Please note that all views expressed are representative of the author

In this piece I will give a state-of-play update and presumptive forecast for investors’ portfolios; families’ purchasing power twinned with inflationary forces and energy prices; what if anything consumers might do when it comes to buying or selling a property, as well as taking a look at the macro forces shaping the world around us through the lens of the US Dollar, Saudi Arabian oil pricing, and the collapse FTX, the would-have-been crypto behemoth.

This was the worst year for investors since 2008 and in nominal terms the worst since 1871 for both stocks and bonds – most major indices around the world were down, with flagships such as the S&P in the red to 20% and Nasdaq to 30% with stocks like Tesla down 70% and Meta, the company that owns Facebook, down 65%. Germany’s DAX down 12%, Japan’s Nikkei by 10%, and Shanghai’s Composite by 15%. The UK, remarkably given the political instability which has gripped the nation over the last year, was up 0.5%, one of the few exchanges to be in the black, although that does put us in the esteemed company of exchanges such as Turkey’s (up in excess of 150%) and Egypt’s (a more modest 15%), cementing our status rather sorrily as a nation transitioning into an emerging market.

It is very rare for the market to be down over two consecutive years, however. Over the last century, one down year has been followed by another less than a tenth of the time. That doesn’t mean that 2023 can’t be just as much of a shocker as 2022, though with inflation coming steadily under control; with the dollar returning to more normal levels; and with China re-opening to the world despite the pandora’s box of pandemania that might bring, there are reasons enough to believe the spectre of global economic health might not be so grim by the third quarter of 2023.

A note on China – markets are likely to get too excited about what its reopening portends and therewith price in what will ultimately need some correction. The normalisation of Chinese activity after a prolonged period of zero Covid will be incrementally positive for global demand, but investors should remain concerned about the political, geopolitical, and regulatory implications of the cabinet reshuffle by president Xi Jinping at the National Party Congress, remembered most astonishingly for the physical removal of a previous premier, Hu Jintao, who had previously advocated for a limit on the number of terms one president could occupy and whose name and history has been expunged from Chinese search engines.

Briefly, the prospect of a multipolar currency system, as disorderly as the transition to it may be. Why? Because as we’ve seen with the severity of sanctions on Russia, however justified, and the reliance for many countries on the US Dollar for cross-border trade, investment, and finance, many non-western countries will reduce their dependence on it, if they’re not already, which they are. De-dollarisation will get a significant boost if, say, Saudi Arabia starts to price its oil in Yuan to the Chinese. If that happens then India, Indonesia, Turkey, and a host of other emerging economies will be next to knock on the door to establish similar arrangements in their own currencies. That in turn would open the possibility of increasing amounts of bilateral trade in local currencies. The US is not infrequently accused, almost exclusively by non-western countries, of weaponising the dollar to advance foreign policy objectives – this is already pushing developing nations into signing bilateral currency swap agreements and diversifying investments into alternative currencies, the redoubling of efforts to de-dollarise trade. And as a developing nation, why wouldn’t you want to be less vulnerable to the vagaries of US monetary policy?

A note on the FTX collapse – there are those still bullish about the prospects of crypto as an alternative to conventional currency. To them I say this – at present there is no intrinsic value to crypto, only sentiment and frankly, vibe. That is why it can enjoy such meteoric rises and endure such calamitous falls. Until there is widespread acceptance by business communities enabled by state-backed oversight bodies, you are playing with fire. Currently, it is the plaything of speculators, an exotic commodity, not a viable means of paying for and pricing goods. I would advise all our readers, once again if they have not already, to read James Montier’s Little Book of Behavioural Investing.

As for mortgages – they’re a bit of a minefield at present. From the reading I’ve been doing the consensus is, speak to an independent mortgage broker. Thanks to the disastrous mini-budget under the spectacularly short-lived Truss-Kwarteng axis, rates were sent skywards and many consumers left scrambling to switch out of deals which had suddenly become unaffordable. The good news is that fixed rate mortgages are likely to decrease over the next 12 months. The dramatic increase can be partly ascribed to the prevailing sentiment that the rise in the Bank of England’s base rate would cause a serious spike in mortgage applications that lenders would be unable to serve. In fact, the rate increase ended up being a deterrent against this. By the end of the first quarter could have fallen to around 4%. Be wary of tracker mortgages in an environment where interest rates are likely to rise again – that will mean that tracker rates jump again in the short term. Good news for would-be homebuyers flush with cash, the market is on course for a decent downturn which should make it easier for some to get their feet on the ladder. The bad news is the inverse for homeowners looking to sell – again, speak to the kind of independent advisor with whom we can connect you at Fintuity. The market is nuanced, and pockets of opportunity abound.

The greatest headwind for financial markets in 2022 was the seemingly ceaseless barrage of eye-gouging inflation, whose nefarious effects trickled into monetary policy and economic activity. Mercifully, it looks like inflation is likely to slow swiftly in 2023 for several reasons. Commodity prices, including wholesale oil and gas, have fallen significantly. Inventories of goods are building up and shipping costs are declining rapidly, which are good indications that price pressures will fall. Historically, interest rate rises impact the real economy and inflation with a lag of a year to a year and a half. Inflation of goods and services typically eases as demand falters in a recession, in which we at least mildly find ourselves. Accordingly, once inflation comes down, we can look to better times ahead.

Statistically it is far more likely that major indices will be up again in 12 months’ time. If Central Banks cut rates again by the summer and the US Dollar retreats and stops crushing other economies with all its might, forcing those countries to raise their rates to defend their currencies, then there might, as has been seen recently with the albeit meek recovery of the Pound, be a lot more liquidity injected into global markets. All it takes is one positive trend, and it could well be China leading the way to a global recovery most likely after April when its infection rate has peaked, to make equities that have dropped 20-30% suddenly look cheap and spur another bull run.

According to historian Adam Tooze, we are living in the era of the polycrisis, where multiple, overlapping and compounding crises are challenging the way we live. Tooze refers to shocks emanating from the pandemic, the energy shock resulting from war in Ukraine, a breakdown in relations among great powers, slow growth, rising inequality, over-reliance on credit, and a decade of ultra-low interest rates that have led to financial fragility worldwide. It is hard to disagree with him. Technological advances in energy and agricultural production and a more resilient global economy are our collective salvations and if anybody wants to find a reason to be cheerier, read Dr Matt Ridley’s The Rational Optimist.

Fintuity – Your Financial Partner in a Time of Crisis

Information is key to overcoming a crisis and Fintuity is able to assist you in a number of ways by helping you plan for your financial future.

As the cost-of-living crisis continues to increase, we can assist you in a number of ways including a cutting-edge Virtual Adviser, a library of up-to-date financial advice, a complimentary IFA meeting as well as a searchable blog with hundreds of articles and a complimentary financial health check to allow you to maximise your finances. The Fintuity team can help supporting you with advice on:

The best place to start however is with a financial health check to allow us to work out how best to help you. Knowledge is power – receive your complimentary financial report with our Virtual Adviser or Book your Initial Consultation today to speak to a member of our team.

Fintuity is like a traditional IFA, only we are an online adviser which means we can offer a more cost effective, time-sensitive and flexible service! We offer the full range of IFA services via our digital platform, at below industry rates and at your convenience. Please do not hesitate to get in touch to see how we can help you.

Please Note: All information included in this article were correct at the time of publishing. 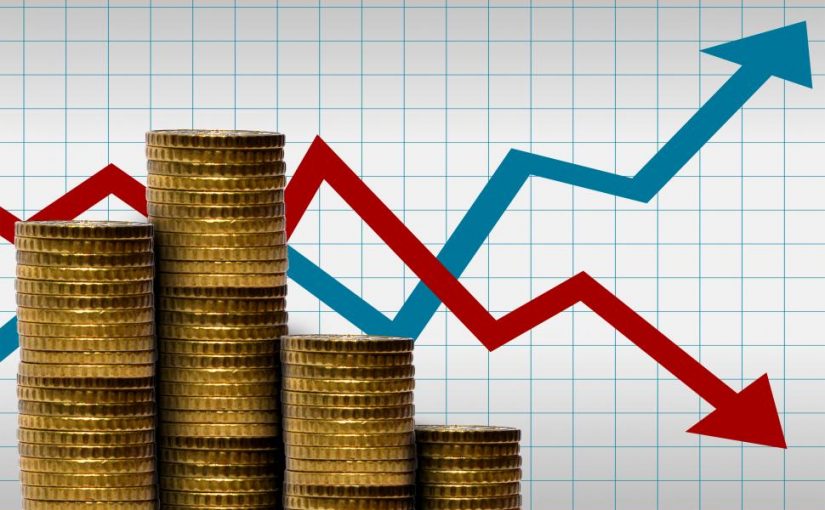 General
The Cost-of-Living Crisis Squeeze and Inflation – What Does This Mean for You?

With the United Kingdom’s levels of inflation at a near 40 years high, the Bank of England, to ease the… 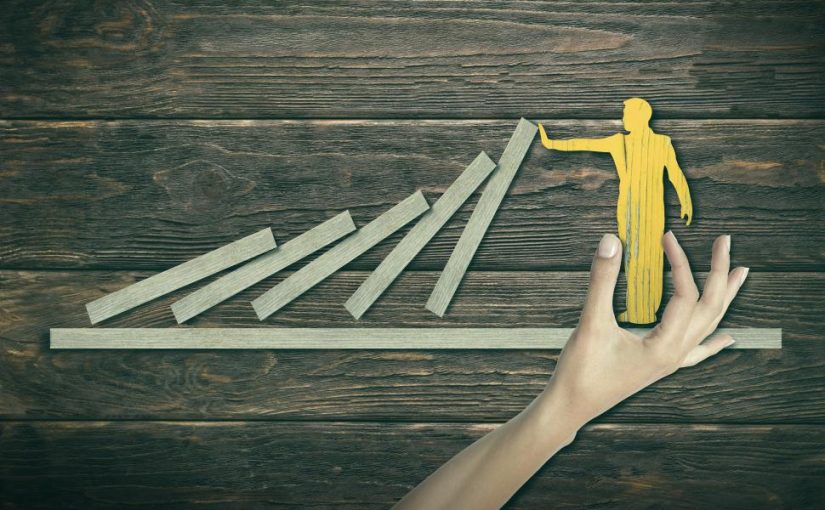 General
What to Prepare for your Initial IFA Meeting

As one of the UK’s only FCA approved and exclusively online IFAs, Fintuity delivers traditional financial advice through a digitally…